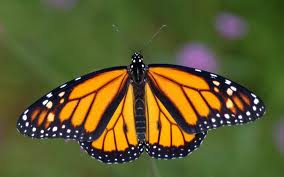 If you are ever in or near Seattle, WA and are in need of something to do, allow me to make a few suggestions.

This last weekend my husband Michael and I had a pretty fun-filled few days in Seattle.  We started off by seeing the Flight of the Butterflies 3-D IMAX short movie at the Pacific Science Center.  While the Friday 11:45 am showing was packed with field trip kids, we all were kids of one age or another, reaching out with delight trying to touch the magical creatures soaring seemingly inches from our faces.  While extremely educational, the feature focused on the heart-warming journey of the Monarch butterfly, and was full of vivid color, child-like wonder and renewed belief in Mother Nature’s awesomeness.

That evening we had dinner reservations at my new favorite restaurant, Umi Sake House on First Avenue.  Geared more towards the sushi connoisseur, they also have noodle options and salads as well as pan fried, steamed, baked & grilled items.   Watch out for the Lychee Lemonade made with Stoli vanilla vodka, Soho lychee liqueur, fresh lemon & cranberry juice – it is quite tasty!  Their gourmet speciality sushi rolls are truly amazing.  Perhaps try the Moonraker with spicy yellowtail, cucumber & cilantro, topped w/ seared spicy snow crab mix & black tobiko, dressed w/ jalapeño-citrus sauce, truffle oil & green onions.  Or maybe the Butterfly Roll with crab-spicy mayo mix, cucumber & cilantro wrapped w/ tuna & avocado, finished w/ sweet lemon- jalapeño sauce & green onions.  Depending on who is working behind the counter, your rolls can be quite spicy or just mildly spicy, but either way, keep the Lychee Lemonades coming and plan on a festive time!

We spent the following day at the Museum of Flight at Boeing Field.  I had no idea it was so expansive or so impressive.  Real planes of every era and type are on display both inside and a few such as a retired Air Force One and a British Airways Concorde are outside and available for walk-through viewing.  Being a huge Blue Angles fan, they had a F-4J Phantom II that was flown 1969 to 1974 (before going to the A-4F Skyhawk II and then to their current aircraft, the F/A-18 Hornet).  They also had a 4-D Blue Angels Flight Simulator.  For an additional fee of $6, the 5 minute ride places you in the cockpit with the Blue Angles pilot of an F/A-18 during one of their performances.  It’s probably the closest I’ll ever get to a ride with them, and since the no one will be seeing them fly this year, the six bucks seemed like a real deal.

We rounded out the day with pizza at Tom Douglas’ Serious Pie.  All in all it was two days in the Emerald City filled with great food and fun events.  I highly recommend it!