Posted by labuznik on November 14, 2012 in Opinion 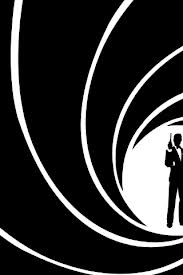 Spoiler: Don’t read this if you don’t want to know anything about the new Bond film Skyfall.

I’m still confused as to why Michael and I were able to see the new Bond movie Skyfall before the release date of Friday, November 9th.  We went to a 7:00 pm IMAX showing the day before on Thursday.  I’m not complaining mind you, I’m a huge James Bond fan and while the Lacey IMAX is not as awesome as the Seattle Center IMAX, I didn’t want to drive an hour to see a midnight showing when we had an 8 am flight the following morning.  So I was happy to see it on any kind of screen.

I grew up with Bond films.  When I was young, no one told me James Bond was cool, I just knew it.  I saw him as a chic, jet setting, one-line cracking, confident secret agent that always got his man.  When I told a girlfriend years ago that I was a Bond fan, she was surprised and thought that the level of sexism would bother me.  Normally it would, but for some reason I overlook it with Bond – that in no way excuses it, but it’s simply not what I choose to focus on.

The classic Bond, in my opinion is Sean Connery and always will be.  But the Bond of today IS Daniel Craig, no question.  I love all the changes they have made with Craig’s run of the character.  They seem to have done away with the past Bond formula and created a current version that fans can really identify with.  Craig’s Bond is clearly different than his predecessors.  He’s much darker, grittier, and multifaceted.  They took out all the slapstick quips that were classic to the previous Bonds and made him conflicted, flawed and a tad rebellious – a hero you can believe in.

Some components are forever quintessential and staples to the franchise.  Such as the stylish opening credits with womanly silhouettes, “Bond, James Bond”, shaken martini, Aston Martin, Omega watch, Walther PPK, and a well fitting tuxedo.  Of course, Bond can have a beer every now and again when he’s chilling out in his Tom Ford leisure suit, drinking a Heineken.  Which, without their product placement and considerable sponsorship, the film would not have had the funding to be made.

Craig’s Bond films have ventured down a new road.  A road without the trite and overworked clichés we have come to know and (somewhat) love about a Bond film.  There is a fine balance between homage to the past of what the Bond brand is, and keeping Bond evolving with the times.  This new direction is what many fans have been waiting for.

Skyfall, is perhaps my favorite Bond film yet.  Casino Royale held the number one spot for me, but after seeing the newest installment, I may have a new first choice.  This film hits many personal notes for Bond.  MI6 is targeted and its agents compromised.  Instead of world domination, M is sought after for revenge by a blond haired, creepy looking, villainous Javier Bardem.

In Skyfall new / old characters are introduced such as my all time favorite Q as well as Moneypenny.  As this was Bond’s 50th Birthday, much homage was paid to Bond’s legacy.  While I was hoping for a new Aston Martin, the movie surprises us with the classic silver Aston Martin DB5 from Sean Connery’s era.  The torch passes to a new M and in the final scene we see the iconic coat rack, Moneypenny’s desk, and the puckered leather door into the new M’s office.

As I mention above, with Craig’s interpretation, I think this is one of the first times we see Bond conflicted and flawed.  To me, all great (and believable) heroes should be conflicted and flawed.  There is an internal struggle that we haven’t seen before Craig’s Bond.  They all have been a little hokey, a tad unbelievable and very predictable, some more than others.

Craig is completely and utterly badass, there are no other words.  You know the bad guy and all his minions are going down, but without all the cheesy one-liners and laser pens.  The opening scene from Casino Royale sets the tone for Craig and what one can expect from him as Bond.  While he is dispassionate about killing his enemies, we see a compassionate side to him towards a few specific women.  I adore the (non-sexual) shower scene in Casino Royal with Vesper.  He shows a great level of care and love for her.  We see this again in Skyfall in his relationship with M.  Although it’s not a romantic relationship, his actions and reactions reflect his feelings for her.

The villains have also been brought into the 21st century.  No more crocodile filled ponds in the lair of doom (replaced by a Komodo dragon pit in an Asian casino).  No more white haired middle aged men stroking a Persian cat.  No more bald guys in a stiff grey Mandarin suit looking uncomfortable.  No more gold weaponry.  The villains of today are pre-planning, computer savvy, well funded, chic masterminds simply out to wreak as much havoc and destruction as possible.

In conclusion, Skyfall is a home run.  The opening weekend numbers are saying it’s the highest grossing Bond film ever.  And Bond’s 50 Anniversary is certainly helping.  I believe Craig is signed on for two more films.  I feel he’s just getting started, however one can’t play Bond forever, but we can certainly hope.

← Dinner and Dance
A French Chef and an Egyptian Pharaoh →